After seven year saga, the ‘Fisheries Watch Tower’ will be formally opened in the next month or two.

See press release below together with a few photos showing spectacular views from the Tower itself.

After a seven year saga, the wonderful ‘ Fisheries Tower’ on the Wolfe Tone Bridge  is ready for formal opening in the next month or two.

Councillor Catherine Connolly said she very much welcomes the confirmation that the renovation work on the actual Fisheries Tower is almost complete following the installation of the new bridge and that the Tower itself will be formally opened in the next couple of months.

As a Director of the Civic Trust and as a former chairwoman of the Natural Environment and Waterways Committee she said the replacement bridge was a subject that never went  off  the  agenda  of  either  committee for over a seven  year period. During that time she said every member  of  both committees worked tirelessly to try and access funding for the new bridge and to work with the City Council and Inland Fisheries and other Organizations in this regard.

The Tower itself has  been closed and unavailable for public use now for  over  seven  years  due  to  the  absence of the  bridge, depriving the people of Galway of one it’s iconic buildings.

However last Friday morning she said Directors of the Civic Trust were treated to a preview tour of the renovated Tower and it was a wonderful experience she said.

Following the installation of the bridge last year renovation work was undertaken  on the Tower itself  by members of a Community Employment Scheme under the supervision and guidance of Galway Civic Trust and in particular Caroline McNeill.

This work is now almost complete and  hence  the  preview visit by the Civic Trust Directors to the Tower last Friday morning.

Councillor Connolly said the views from the Tower are spectacular and once open it will be a wonderful asset to the City.

Moreover she said the next step will  be to work with other organizations including the City Council, Fáilte Ireland and the Dominican Community in the Claddagh in relation to the restoration of two other empty historical buildings within a stone’s throw of the Fisheries Tower. The first of these is Comerford House, the old City Museum which is  situate on the Spanish Arch and the Piscatorial School in the Claddagh looking on to the Claddagh Basin. This school was opened in 1846 in the middle of the great famine to teach nautical skills to the local children and residents. Although the building has been used for many other functions since then, it has remained empty now for some years.

Cllr Connolly said it would be a dream come through if both buildings were renovated by the Civic Trust and became part of a heritage trail within the heart of the City.

She said this is a project which she is fully committed to and is hoping to pursue the matter with the City Manager and Fáilte Ireland. 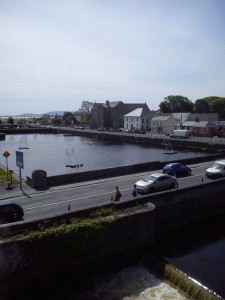 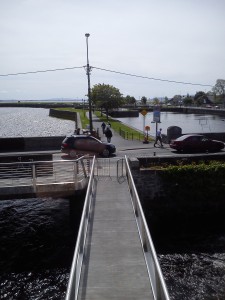 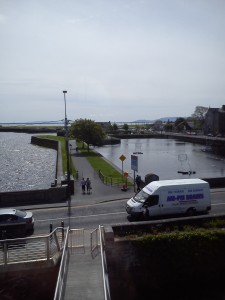 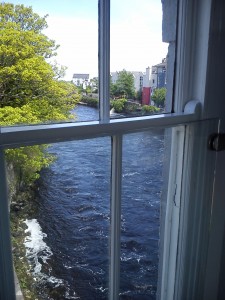