Along with the canvass each evening there have been a number of other events.

First and foremost my nomination as an Independent Candidate in the forthcoming general election was officially confirmed yesterday in the Court House by the County Registrar.

To say that the nomination process was somewhat tortuous and complicated is to under-exaggerate. Statutory Declarations by 30 Assentors had to be completed and each Assentor had to be registered to vote on the Electoral Register dated the 15th February 2015 to the 14th February 2016. In the end we had 50 forms completed ‘ar eagla na heagla’

As well as completing the form however, the Assentor also had to have his/her signature witnessed by a Member of the Garda Síochána/Peace Commissioner/an Official of the Registration Authority.

All of these forms had then to be checked by an official in the City Council and then by the County Registrar during my official appointment with her at 4.30pm yesterday.

At this point I can only rejoice that the process is complete, my nomination confirmed and most importantly to say ‘ A Big Thank You’ to all of you who completed the forms and visited various Garda Stations to have your signature witnessed and particularly to the Director of Elections, Béibhinn O’Connor who was a voice of calm throughout the whole process.

The picture from the County Registrar’s Office thankfully does not reflect the stress involved!

Separately I participated in a debate in the GMIT on Tuesday morning and Peter Butler has already shared a link to that event.

I also participated in a two hour debate on Community Radio in Letterfrack last night between 7pm and 9pm again thank you to Nuala O’Hara who drove to North Conamara on a night where the weather defies description. 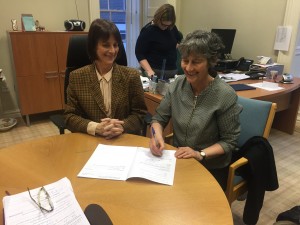 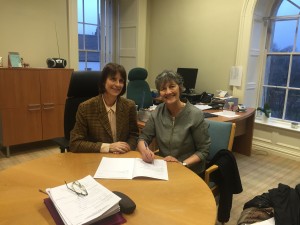 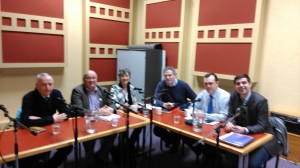